Like many other countries of Western Europe, Croatia too developed in an area that once made part of the Roman Empire. In the maelstrom of the great migrations of peoples that took place Europe-wide after the fall of Rome, the Croat tribes took over this area. The Croats established their own princedom as early as the 7th century and founded an independent state in the 9th century .

A short history of Croatia

Like many other countries of Western Europe, Croatia too developed in an area that once made part of the Roman Empire. In the maelstrom of the great migrations of peoples that took place Europe-wide after the fall of Rome, the Croat tribes took over this area. The Croats established their own princedom as early as the 7th century and founded an independent state in the 9th century. In the 10th century the Kingdom of the Croats came into being, ruled by the national kings. From the time of the conversion to Christianity, which was completed in the 9th century, the Croats became a part of Western Christendom and of the society of Western Europe.

The course of history replaced the rule of the Croatian national rulers by a new political setting. In the 11th century, Croatia entered a personal union with the King of Hungary. In this association, which lasted a full eight centuries, Croatia retained all the attributes of statehood through its Parliament, Viceroy, money and army. Nevertheless, as a result of Hungarian policy, the coastal parts of Croatia came under the direct control of Venice in the beginning of the 15th century, and in the 16th century, along with Hungary, Croatia too became part of the Habsburg Monarchy. The economic and cultural progress of Croatia in the 16th and 17th centuries was subordinated to the defence of the Austro-Hungarian frontiers against the inroads of the Turkish Empire. At the price of losing a large part of its central territory, and taking on its present horse-shoe shape, Croatia did indeed manage to stop the century long expansion of the Ottomans.

In the course of the centuries, Croatia has kept up with and taken part in all European movements. And thus in the 19th century there was here too an awakening of the civic spirit in the Revival Movement which played an important role in defining the Croatian nation’s awareness of itself. After the collapse of the Habsburg Empire in 1918, the Croatian people were condemned to live for more than 70 years without a country of their own, without even the right to bear witness to their own national being. They were forced by the great powers to live in an artificial creation. First of all in the State of the Slovenes, Croats and Serbs, and then in the Kingdom of Yugoslavia, which disappeared in the whirlwind of World War II. Croatia began the New Era after 1945 as one of the six socialist republics of communist Yugoslavia. However, after fifty years of communist rule, the citizens of Croatia, like almost all the other nations of the former “Eastern Europe”, rejected the totalitarian system, opting for a democratic system. In January 1992, Croatia received international recognition as an independent and sovereign European state. This act ushered in a new chapter of Croatian history.

The Croatian name was carried, apart from the Croatian people of today, by another two slavic tribes: the White Croats in Poland, along the upper course of the Visla river, west of the San, with Krakow being their centre, and by a tribe in the north/eastern part of the Chech Republic. The traces of the name Croat, preserved in local names, witness that smaller groups of Croats were mixed with other Slavic tribes; Slovenians, Slovakians, the Lusatian Sorbs, probably in Zeta, Macedonia, even in Greece. There are several theories on the origin and meaninig of the name Croat (Hrvat), from the one by Constantine Porphyrogeitus, who derived the name from the Greek : land (according to which Croats would be “people owning much land, who derived it from the name of the inhabitants of the island of Krk (Curetes, Curibantes), then Ratkaj (who brought the name into relation with the Croatian verb “hrvati se” – to wrestle), to the 19th and 20th century philological explanations according to which Croat (Hrvat) descends from hrev: tree (Dobrovsky); hruv: dance (Miklošia); heru: sword (Zeuss); hruvat: deer (Much). From the beginning of the 20th century, after Pogodin drew attention to the archon Horóathos or Hurúathos from the 2nd/3rd c. from Tanais, the teories about the Iranian origin of the Croats started to emerge (Sakae, Jireeek, Hauptmann, etc.).

Some Famous People of Croatia

A clicable index of 250 Croatian outstanding names of its history, culture & science you can find on: 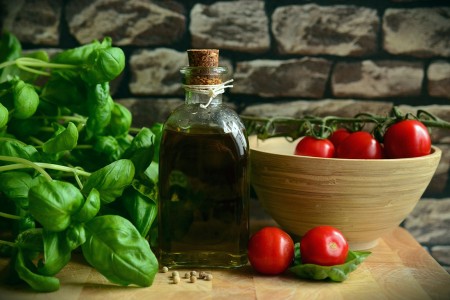 Characteristic of Dalmatian coastal cuisine is its digestibility and simple preparation. The secret of the fabulous taste of fish, mead,… Read More

1 year ago by korisnik