These two beautifully restored split-level apartments are situated in the very heart of the Diocletian’s palace. The house that they are in was built in the 16th century. As many of the houses that were built within the palace walls throughout the centuries, it blends perfectly with its surroundings.

During the restoration, the main idea was to keep every original feature and by doing so, respect the history, lives and fate of people who lived there.

Contrary to the business of our modern lives, there is a sense of calm and stillness.
From the south-facing window you can see one of the oldest cathedrals in the world – cathedral of St. Duje, patron saint of Split. The view of narrow passages and red-brick roofs, and the spirit of the old city will make your stay in Split unforgettable.
Both apartments encompass second floor and attic space, and measure 30m² and 35m² respectively.

The Roman Emperor Diocletian spent his declining years in an enormous palace that he had built near his birthplace, Aspalthos, in Dalmatia. With the passing centuries the original architecture of the palace has been altered, but the people of the city, later called Spalato, and then Split, were able to use the structure of the palace, damaging it as little as possible, under Byzantine, Venetian and Austro-Hungarian rule. Thus, a harmonious city came into being within the Roman walls. The peristyle of the palace, Diocletian’s mausoleum, Jupiter’s temple, the colonnades along the streets, Early Croatian churches, Romanesque houses, the gates of Andrija Buvina and architectural works by Juraj Dalmatinac have remained in a good state.

Verified Reviews - All reviews are from verified guests. 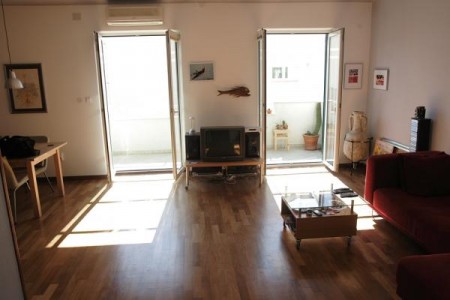 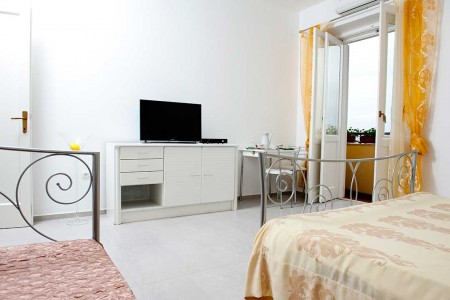 0 Adults
0 Children
You won’t be charged yet